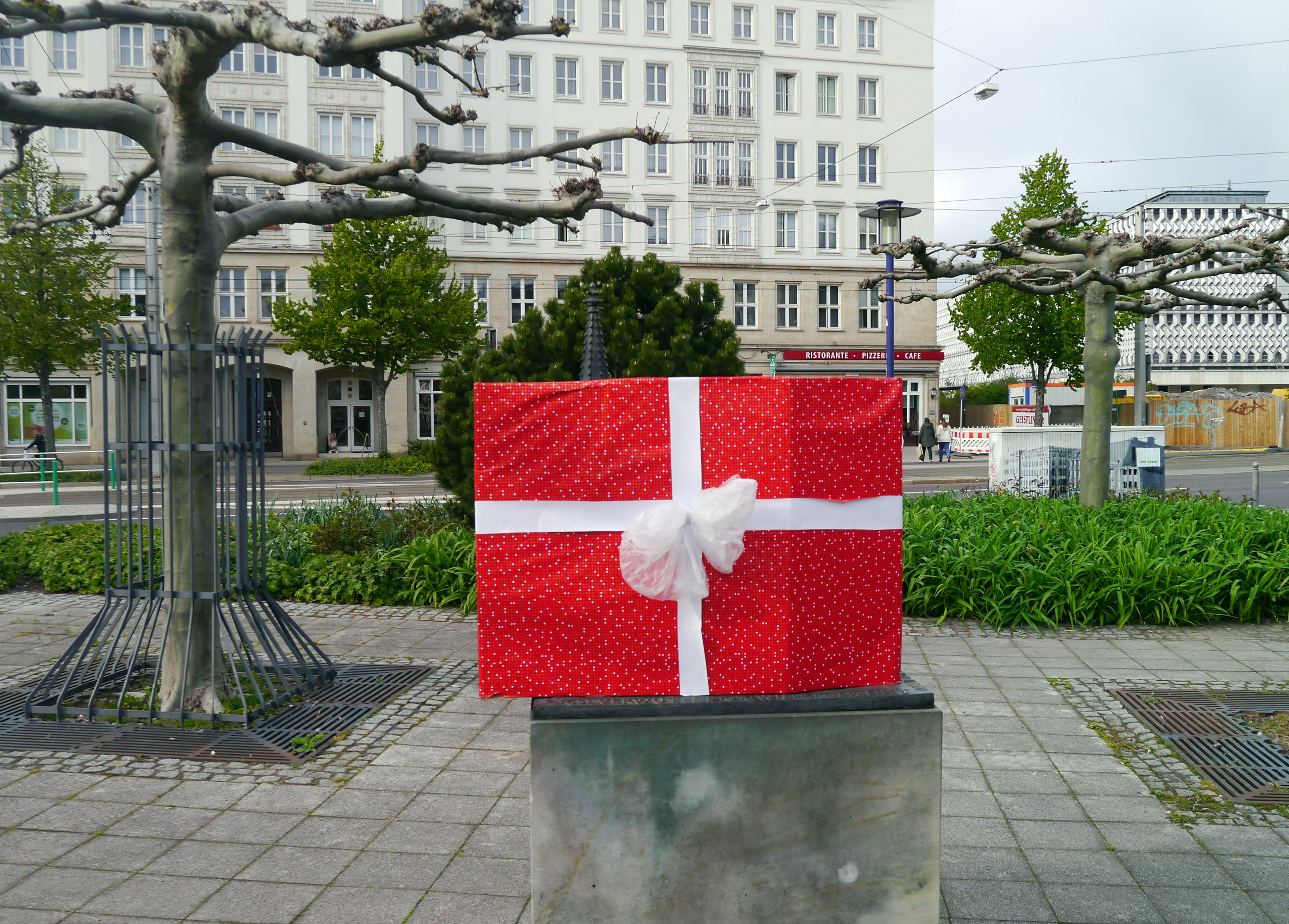 memorials are important, since they help establish a sense of history in the public consciousness. however, they increasingly fade into obscurity. by creating a playful dialogue between pedestrians and their urban surrounding, the project aimed to question the meaning of several memorials in magdeburg. in this way, new interest was sparked and memorials were put back into the spotlight.
the memorial at the former site of ulrich-cathedral was a present to the city of magdeburg and commemorates its destruction. to create the strongest-possible contrast with its surroundings, it was covered in red gift wrap.
mechthild of magdeburg represents the power of women, since in her lifetime she refused to be silenced by the clergy. the sculpture was covered in cloth, in order to examine if passengers were aware of its background or even drew strength and inspiration from it. 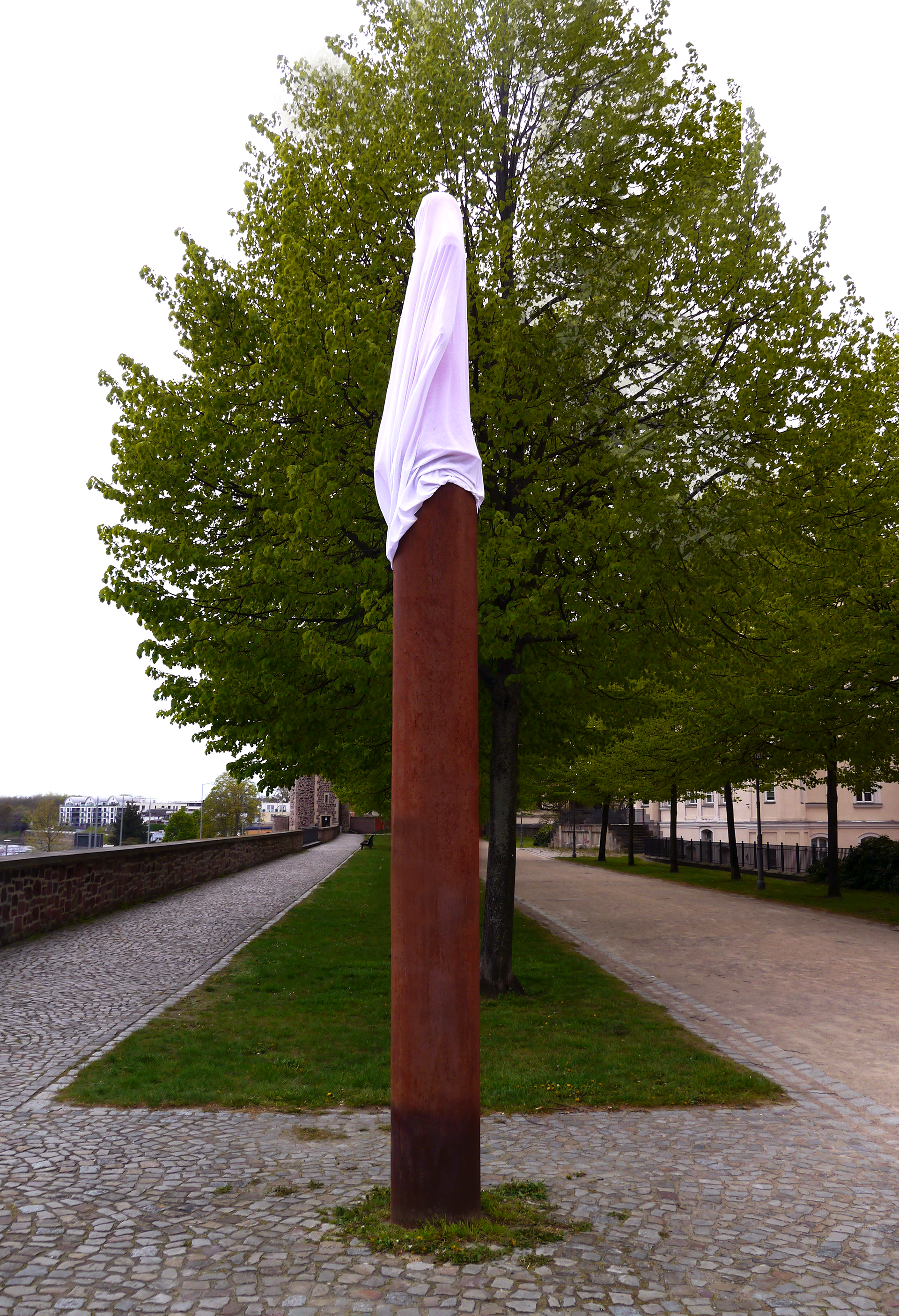 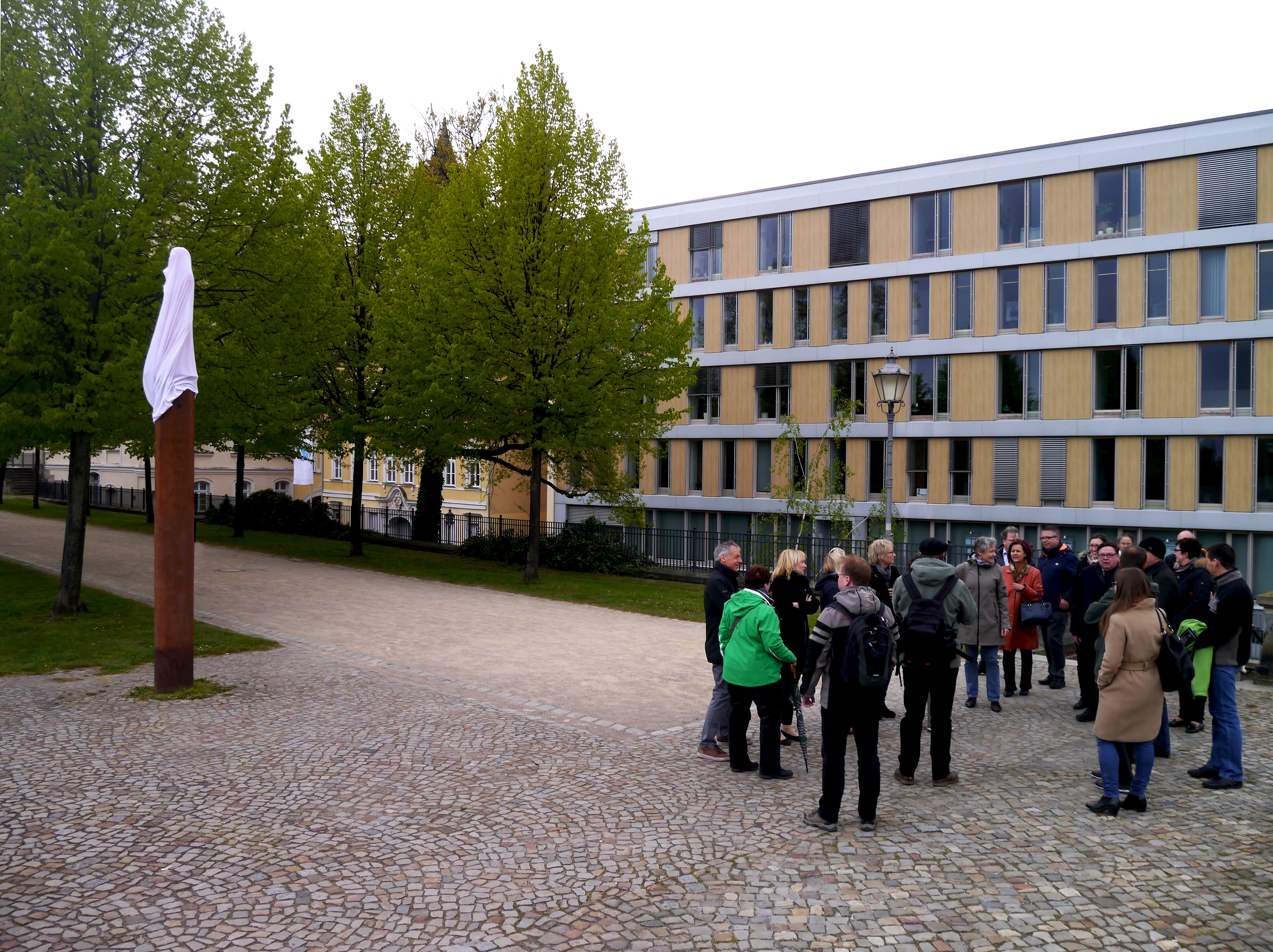 the two sculptures are completely naked and therefore depict certain ideals of beauty that have since changed. with time, these ideals have changed drastically. the three most prominent plastic surgeries (de.statista.com) for men and women in germany were highlighted with colored tape. 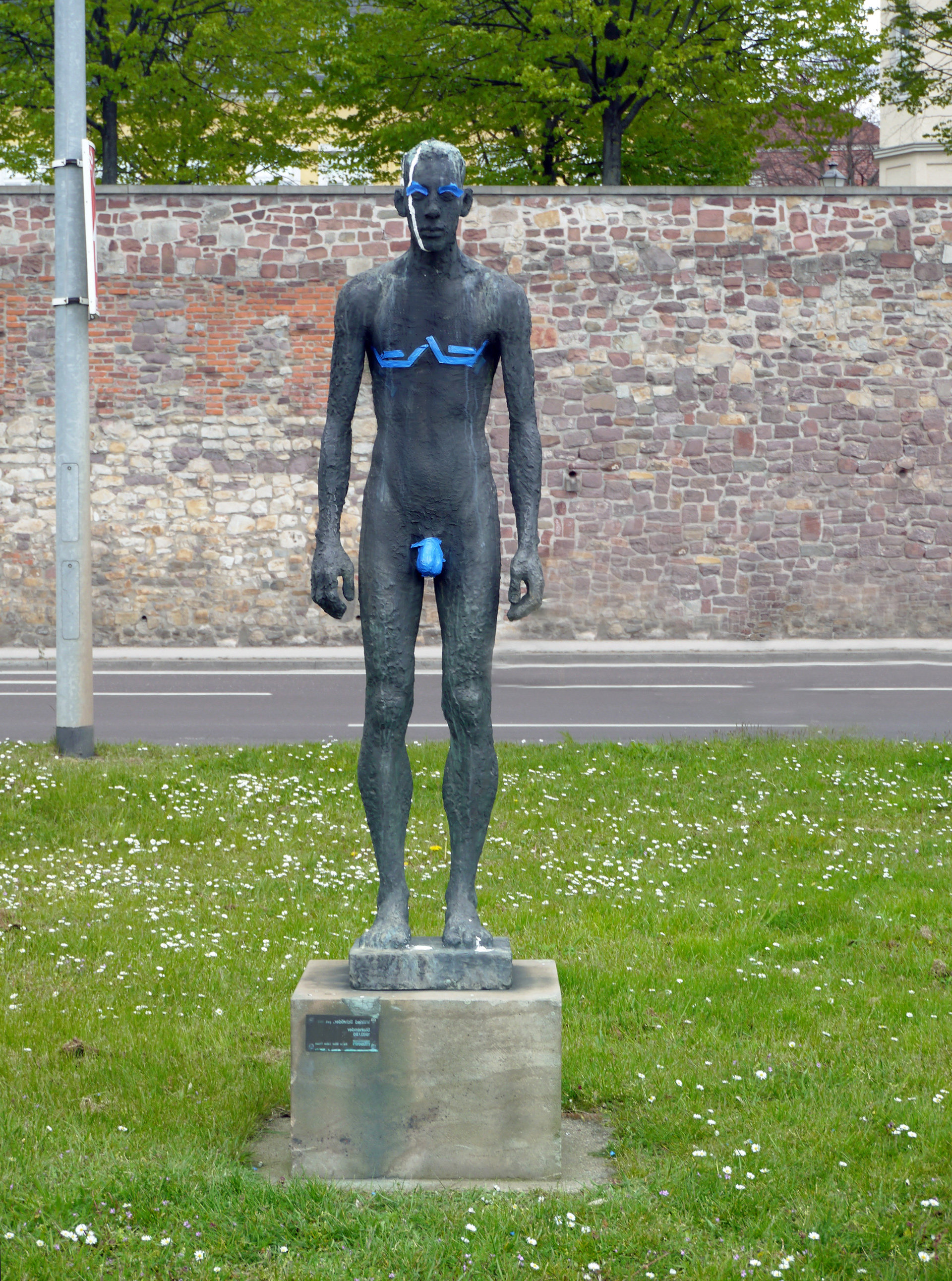 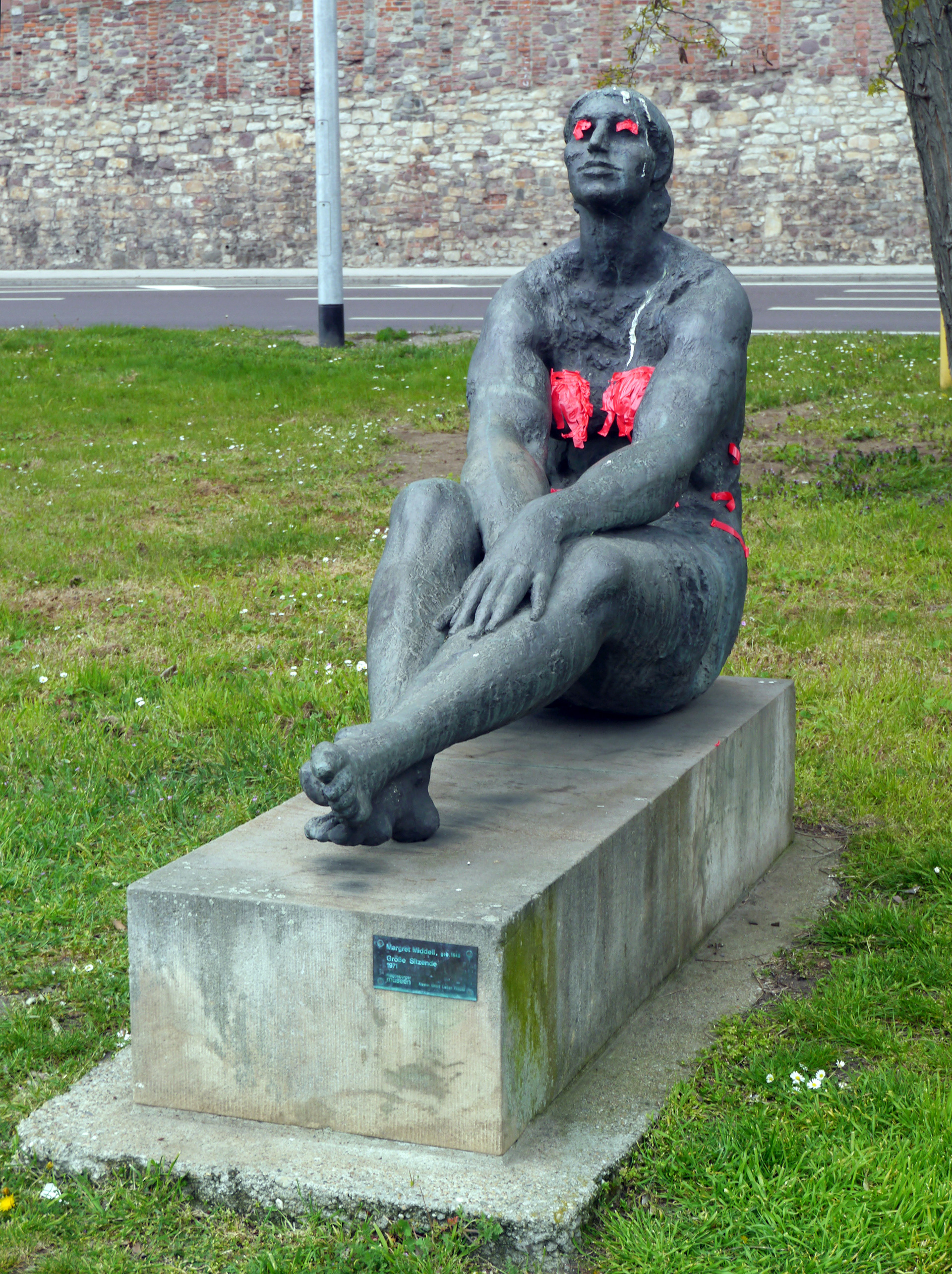 the memorial shows an experiment performed by otto von guericke and honors his scientific achievements. pedestrians could try to throw hoops of different sizes onto the spheres and thereby rediscover the sculpture in a playful manner.